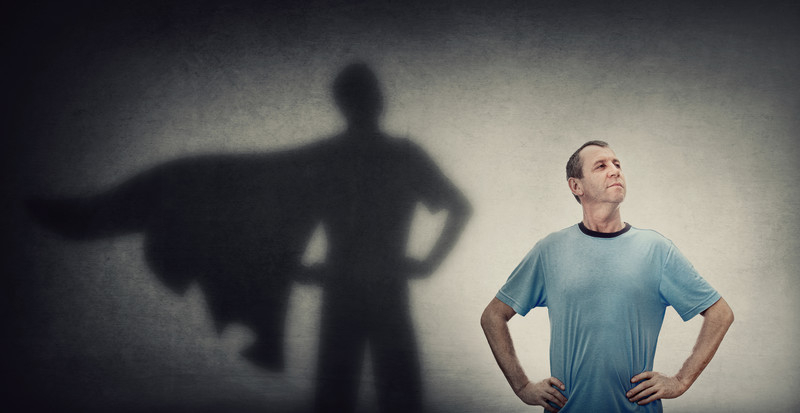 Becoming a better father provides your children with more.

The better you are at being a dad, the better chance your children live a successful life…

…however you define success.

Looking back, I can see where things went well and where I could have improved my performance as a dad.

Before you get the wrong impression, I don’t think there is ever a dad that exclaims, “Nailed it,” after his last child moves out of the house.

After you go through it, even after things get really tough, you can hopefully say, “I did the best I could with what I knew.”

The advantage some men have over others is that they had great examples and mentors to copy, as they go through child rearing themselves.

My becoming a better father had a lot to do with my own father and grandfathers, who had huge impacts on my parenting abilities.

I also had friends and mentors that helped me along as the boys grew.

The reason this website and my coaching practice exists is to help the dads out there that didn’t have good examples, or want a different perspective…for various reasons.

I’m assuming if you’re reading this, that your end game is to provide your child with the best chance to succeed in life?

If so, becoming a better father is a great way to do just that.

I’ve summarized my own experiences into this list of seven strategies that made me a better father.

Click one of the links below to skip to that section more quickly:

Have A Vision For Your Child

When asked, 40% of dads don’t believe they’re being empowered in their homes.

When I found out my wife was pregnant, after the initial excitement and jitters, I began to think about what I wanted for my child.

I knew I wanted my kids to have opportunities that I didn’t have. I think most parents want that.

However, I wanted a guiding principle that I could rely on to help me make decisions as my son or daughter matured.

I relied heavily on my faith right from the beginning. Growing up in the Christian belief system, I knew that my Christian foundation had to form the basis for my vision.

After much thought and prayer, I decided that the vision I wanted for my children was that they would be “in the world, but not of the world.”

I wanted them to be relatable to others, but not be dependent on anybody or anything (except Christ).

So my decisions were guided by that vision.

Was our journey perfect? No.

Did we struggle? Definitely.

But at the end of the day, I can say that I achieved my vision.

Both boys are solid contributors to society and are good with people, but don’t depend on substance(s) or bad habits to sustain their being.

My wife is a hard worker and cares deeply for our boys, but she was not the primary nurse/doctor in the house because she never had the training.

Typically, I was the one who applied the band-aids, administered the medicine, or diagnosed the illnesses.

For instance, my favorite home recipe for coughs that I was given as a child is: couple of tablespoons of molasses, teaspoon ginger, teaspoon or two of baking soda, mixed vigorously until it bubbles up in the mug.

Not very tasty, but it works!

Typically, women are the caretakers in the home, but it is important for men who are becoming better fathers to know how nurture and provide for physical needs like health care.

If you don’t have those skills, I highly encourage you to take a first-aid course.

Not only will it enable you becoming a better father by teaching your child how to care for others, it may just help you save a life!

We all have limits.

Limits to our abilities.

Establishing limits for your children from a very early age, and enforcing those limits, will prepare your children for the limits that will be imposed on them later in life.

If their childhood is a free-for-all, their adult life will be a grave disappointment, especially in the current social environment. Our freedoms are slowly eroding, making it more and more difficult to work with others.

Teach your children the importance of exploration.

Encourage them to explore and try new things, but also teach them the value of restraint.

It’ll be tough, but worth it!

Becoming a better father in the current age has never been easier, or harder.

As a young man, I didn’t have access to the internet, so I relied more on my own mom and dad to help with work through “stuff”.

The internet has disconnected a major life line between parent and child: knowledge. Children now have access to so much information – good and bad. So much so, that they don’t need their mom and dad as much now.

Rather, they choose not to need them because the internet is quicker, and doesn’t come with judgment.

The benefit of the internet is that we, as parents, also have access to this medium of knowledge.

Gaining knowledge about the science of parenting and child development has never been easier, so, you would think that parenting should get easier and easier, right?

Let’s think of a vehicle mechanic for a moment.

Soon after I purchased the car (second-hand), it developed a grinding nose in the passenger side back wheel.

I took it to the local Mazda dealer, they attempted to fix it, it worked for a while, but soon after the noise returned.

So my father suggested I take it to the local backwoods mechanic who lived up the road from us (I had moved into a house down the road from where I grew up). He looked at the car, called me an hour or so later and said, whoever tried to fix this didn’t have a clue.

Apparently, they tried to shim something, rather than fix the actual issue, which I have no idea now what it was, but he fixed it – and for a lot cheaper than I paid at the dealer.

The point I’m trying to make is, knowledge is nothing without moral standards, wisdom, and experience to guide the application of it.

I know counsellors / psychologists whose children have entered the world of drugs and alcohol. How did their knowledge of the human mind and child development not enable them to create “super duper” adults?

Forming a relationship based on trust.

Learning more about what your child is going through and helping them make wise choices by sharing the outcomes of your own experiences – these are the things that make a great dad.

Be Creative and Dramatic

My younger son Nathan (my left) with his best friend on their prom night
Current parenting advice and child psychology states that we should always remain calm and peaceful, not raising our voices and always explain ourselves.

That may work for some, but it didn’t work for me.

It didn’t work for my parents either.

To me, being calm 24×7 isn’t realistic, nor will it prepare our kids to deal with the real world (think boss or co-worker, or stranger on the street).

As I mentioned earlier, the Bible helped me immensely in becoming a better father.

In the book of Job, when Job and his friends sparred back and forth with words, God finally spoke near the end of the epic. In fact, it says God’s voice thundered from the storm that was in progress.

In fact, there are many examples of God’s voice booming from the skies.

I believe God, being our FATHER, sometimes wants us to snap to attention. If he always whispered, we’d be too involved in what we were doing to pay attention to that small voice.

The way I applied that to my parenting toolbox was to use drama.

My toddlers would be screaming at each other on the floor. I’d get down and scream just like them to make a point. They’d stop.

Our kids need some drama. In some ways we need to match wits…go toe to toe, so-to-speak.

Other times, they need something totally different.

For heaven’s sake, be creative with your solutions…don’t always turn to spanking, or yelling, or sitting down and explaining.

Change it up, keep them guessing.

Probably one of the best ways to becoming a better father is to model the behavior you want to see in your children.

Obviously, time and maturity are factors in the influence example has, but some impacts are felt more quickly and easily than others.

For instance, if you have a tendency to raise your voice, scream, and holler, your kids will mirror that behavior.

If, over time, they see you changing your behavior, they will mirror naturally.

One of my faults as a father was (is?) swearing. I’m normally fine when the stress levels are manageable, but when I get tired, been working all day, and hit my thumb with the hammer…sigh

Well, I’m sure my potty mouth has been passed along to my sons. I cringe when I hear it, but I have to take ownership of my own faults and try to be better.

Becoming a better father in terms of setting an example goes further than just bad (or good habits).

We can set examples in terms of how we deal with challenges at work.

So think long and hard before quitting when you’re up against it at work – you’re teaching your child how to deal with adversity by how YOU deal with it.

We set examples in how we talk about others, and even ourselves.

Kids absorb a lot. Much more than we think, really.

So, think before you act…but understand that nobody is perfect.

One last thing, don’t be afraid to apologize when you’re not a good example.

That also sets a good example.

Have A Sense of Humor

Becoming a better father is serious business, but sometimes your kids need to see that it’s ok to act foolish and let loose a little.

Make fun of yourself.

Let go of the seriousness of life.

Have a few laughs.

I’ve often used a little joke here and there to break the tension or open a conversation up. Let the boys know they can talk without being in trouble.

We’ve even had fun with discipline. Often giving them choices that involve a little humor as “punishment” for doing something they knew they weren’t supposed to.

There will be all sorts of time to have serious conversations like:

Yep, lots of time for hard work, serious talk, or hard decisions…but allow yourself to relax and teach your kids its okay to relax too.

This site uses Akismet to reduce spam. Learn how your comment data is processed.